The Business of Fitness: Marketing to Health-Conscious Consumers 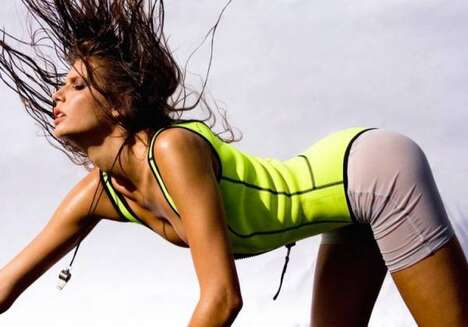 There is still an obesity epidemic in the United States (a CDC forecast predicted that by 2030, 42 percent of Americans will be obese), but at the same time, more individuals are trying to boost their health through diet and exercise, meaning a tremendous opportunity exists for marketing to health-conscious consumers. Fitness clubs and gyms alone are a $25 billion industry, and they have remained resilient despite economic downturn, seeing growth in memberships year after year as more consumers pledge to live healthier lifestyles.

One growing trend we've seen at Trend Hunter is the rise in convenient and portable fitness alternatives, ranging from furniture that doubles as fitness contraptions to fitness games (such as those for the Nintendo Wii) to wearable sports and fitness gadgets, such as the FitBit, the MOVBand and the Nike+ Fuelband, which help consumers stay focused and track their daily exercise achievements. With consumers working longer hours and maintaining busier schedules, making time for the gym is becoming harder, which paves the way for convenient fitness devices such as these. In fact, ABI Research estimates that there will be almost 170 million wearable fitness gadgets on the market by the year 2017. In addition, ABI Research states that "it’s not just about big technology businesses creating products anymore, but everyone from fitness brands to healthcare providers may have something new to offer."

We've also seen a rise in social fitness apps, such as MapMyFitness, which allows users to track their distance, pace, calories burn and more, while performing activities such as walking, running or biking. The app also gives people the option to share their stats on their social networks. Similarly, Get Fit is a conceptual iDevice app and set of weights that shares your fitness stats with your online friends, essentially turning the act of working out into a social media activity. In contrast, the app Nexercise uses a rewards-based program to motivate users to keep moving -- any kind of exercise is grounds for a reward, such as free merchandise from participating brands, which ultimately turns fitness into a fun and incentive-based game.

Fashion is also now more focused on marketing to health-conscious consumers. The last few years have seen an explosion in sportswear-inspired fashion apparel, such as Alexander Wang's football-inspired collection for Spring 2010 and the collaboration between Puma and Alexander McQueen in 2009 that resulted in stylish and sporty apparel and accessories. Even fashion editorials are consistently themed around fitness, with features such as the the November 2010 editorial for Ones2Watch, which showcased model Reina Monetero at the gym in vibrant workout wear.

Fitvertising
Athletic themes in photography signify that skinny is out, fit is in

Gamified Life
Gamification extends from the virtual to the real world