5 Ways to Boost Creativity in the Workplace 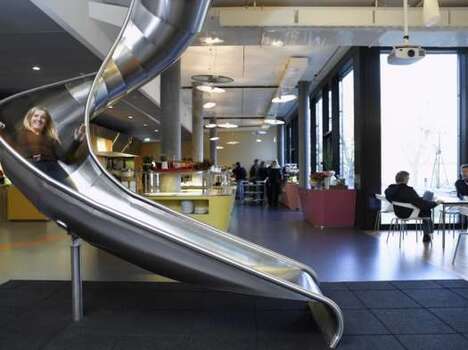 Much research has been conducted to understand how brands can boost creativity in the workplace. According to researcher Yuri Martens, the performance of today's brands is becoming increasingly dependant on its ability to be creative; thus, stimulating employee creativity is one of the major focuses of any company. And while no single method is guaranteed to work all the time, there are still actions an organization can take to transform its culture into one of free thinking and innovation. Here are 5 tips on how to boost creativity in the workplace:

1) Surround the Office With Happy Colors & Images. An abundance of charts and grids can lead to restricted thinking as they create the appearance and feeling of structure and rules, leading to closed minds. To encourage employees to think freely, put up visually appealing images that inspire mental clarity and happy thoughts, for example, images of nature. Color also plays a significant role in creativity. Light blue boosts mental clarity and stimulates the mind; in contrast, red can spark agression and anxiety and exacerbate negative feelings among workers, says a research report by InformeDesign. Red can also make employees pay more attention to minute details rather than the "bigger picture" -- studies show that a balance of both is conducive to higher levels of creativity.

2) Brainstorm the Right Way. While brainstorming has long been deemed an essential part of idea generation, many organizations conduct brainstorming sessions in a way that actually decreases creative output. Brainstorming meetings often suppress original thinking and can actually make each individual less creative in the process. Why? Popular belief holds that being non-critical of group members' ideas allows ideas to flow more freely; however, as author Jonah Lehrer points out, brainstorming in this way fails precisely because criticism and debate are necessary to generate new ideas. Without a candid discussion of mistakes -- why a particular idea just won't work -- employees are less likely to come up with innovative alternatives because every single idea is considered a good one. Pyschologist Charlan Nemeth explains that proper criticism encourages more creativity as members feel the desire to want to improve upon someone else's idea. In the absence of criticism, everyone is "right" and there is thus no need to push your own creativity to consider unexplored possibilities.

3) Encourage Interaction & Conversation. As Trend Hunter previously discussed, augmenting interaction and conversation in the work environment can lead to increased innovation. This is because the free sharing of knowledge, often through unstructured and unfocused conversations, can lead employees to come up with more creative ideas and solutions. Change your office's physical setup so that there are less private workspaces and more central meeting locations where people can relax and chat freely with one another. Install a coffee bar or lounge within your company so that workers have a "third place" -- an interactive area that is neither the home nor the work desk -- where diverse employees can talk freely and enjoy their conversations. Such an environment has worked for Pixar, where the casual conversations and random encounters at the company's lounges and bars often lead to new and creative ideas.

4) Allow Workers to Play. While giving your employees time to 'play' seems counter-productive, studies have revealed that reduced stress as a result of playing can lead to more ideas, enhanced creativity and increased innovation. Companies like Google, Facebook, LEGO, Zynga and more are infusing their office environments with things like slides, interior gardens, writeable walls, pool tables and other game-like elements. Playtime might simply mean giving employees private time and a quiet space to doodle on a blank notepad -- anything that helps them relax and clear their minds. In addition to lightening the mood at the office, giving workers time to play also encourages them to interact with their co-workers -- which, as we discussed previously, can enhance creative thinking and problem-solving.

5) Mix Employees of Different Experience & Backgrounds. The importance of workplace diversity cannot be understated; an environment filled with people from different cultures, experience levels and specialties enhances creativity because the more diverse a group's knowledge and beliefs are, the more diverse ideas and creative solutions will arise. When an organization puts similar people of the same background, culture and function together, these people ultimately generate the same ideas because they think the same. Although people naturally want to work with their friends, such a situation means a hampering of creativity because friends, who have similar preferences and perspectives, are likely to come up with the same solutions to the same problems.

Stimulating Creativity
Innovations encouraging us to unleash our imagination

Office Play
Youthful expressionism in the office via toys for adults