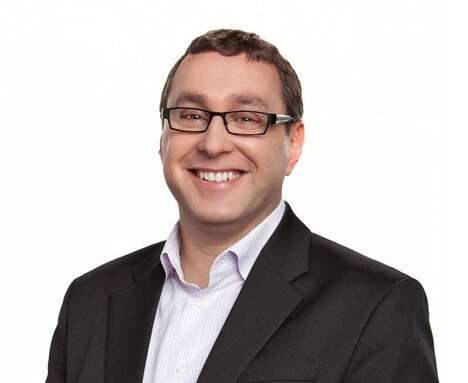 Walter Levitt first broke into marketing while working in the Canadian media space. Over the course of 20 years, Levitt worked with top media organizations while dealing with television, digital, broadcast and radio mediums. Today, Levitt leads the charge in branding Comedy Central as Executive Vice President and Chief Marketing Officer. The proud father of three continues to innovate as he strategically harnesses the power of social media and explores different platforms.

1. How do you motivate your team to come up with good ideas?

My philosophy is that a great idea doesn't care where it came from; I aim to get everyone on the team thinking. There's a very creative culture at Comedy Central, and we focus on "What's the crazy ass thing that we're going to do this time?" Since Comedy Central is seen as an edgy brand, we can get away with it. We’re constantly looking at what's the thing that's going to make everyone say “wow.” At the core of it, we want to inspire people to come up with “wow” ideas.

2. How do you identify trends? What resources does your team use to spot trends and consumer insights?

We do a lot of traditional research while looking for specific trends since we're part of a large corporation like Viacom. A lot of our focus is on social media; it’s there that we can listen in on water cooler conversations where a lot of great ideas are formed. You could never access the water cooler before, but we can finally tap into that through social media. We use a bunch of listening tools to constantly monitor conversations. When something resonates with the team from social networks, it’s brought to the forefront. Since we target millennials, some things change very quickly, and social media keeps us on top of that.

3. Looking to the future, how is Comedy Central going to be a leader in innovation?

From a strategy point of view, we’re already where we want to be. Comedy Central doesn't think of itself as a television brand. Instead, we think of ourselves as a comedy brand. We want to be the favorite comedy brand no matter what platform we're on. As a result, we can find people no matter where they're looking for a laugh. When it comes down to it, it's extremely important to innovate on other platforms. We plan to continue innovating on different platforms where we can take more risks and be less rigid.
References: comedycentral, comedycentral