Why Brand Subtlety May Be the Key to Viral Advertising 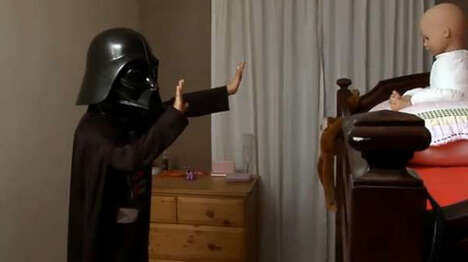 Viral advertising is one of the key goals of marketers and having a campaign that resonates with viewers is incredibly important when it comes to spreading a message.

Today, creating a relationship between customer and company is king, and will serve brands far more effectively than more traditional advertising tactics. Customers don't respond to blatant advertising the way that they used to, and appealing to people's psyche is more important than ever before. The bottom line is that brands are no longer selling products, they're selling stories and cultures. This shift can be seen in a variety of ways, but particularly with regard to viral campaign videos.

Creating a good viral campaign starts with making it easy to share. Getting your content online and ready to spread is half the battle, and a very important aspect. The second component -- creating and developing content -- is far more complicated. Though branding certainly comes through in today's videos, the approach tends to be more about the quality of the video rather than the company message.

In videos like the Volkswagen Darth Vader ad, it's clear that entertainment reigns supreme over selling. Creating content that can stand on its own is key to going viral, and it can serve brands more effectively than focusing on an explicitly sales-driven message.

Skittles is another brand that has capitalized on developing an odd and predominantly entertaining approach to advertising. The company's interactive and highly bizarre advertisements rarely even address the product at hand, but still get tons of attention for resonating with viewers in a unique way.

Customers ultimately need more reason to pay attention to advertising, and giving a straightforward sales pitch no longer cuts it when it comes to engaging potential consumers. Focusing on the entertainment quality instead of a brand's message has proven to be far more effective in terms of gaining a strong company following, and will likely continue to be the prominent role of commercial advertising in the future.