Partners Who Play to Win (INTERVIEW) 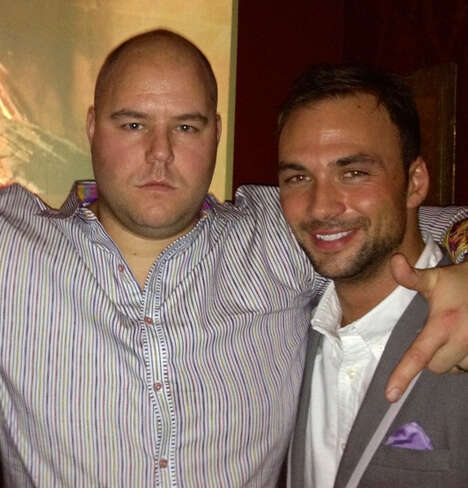 Describing themselves as "business husbands," Mike Homewood and Mike Strong share a close bond and business vision that makes working together a dream that many can only marvel at. Hitting it off right from the beginning at the Ossington bar Homewood had previously opened, the scene was forever set for the two and their working friendship. Since winning a strenuous race to become owners of the eternally iconic venue The Kee to Bala located in Northern Ontario on Lake Muskoka, Homewood and Strong continue to draw crowds of concert-goers and impressive musical talent to the site.

Recently, the two Mikes opened the Boots 'N' Bourbon Saloon, a country bar in the East end of Toronto, Canada, which has already seen rave reviews from bar-goers and nightlife bloggers alike. Key attractions include deliciously gourmet pub fare as well as a Thursday-night line dancing and a daring mechanical bull.

1. What are some of the challenges you face when innovating?

Because it is such a historical venue, one challenge about the Kee that most venues don't have, is that you have to stay true to its roots. With such rich history, many people within the community feel strongly about how it is handled, which limits you a bit when it comes to innovating. You can't get too crazy or wild with reinventing the wheel, but we still want to be new and innovative in order to move forward. We try to find new ideas and swing them back to the classic venue, modernizing while staying true to the Kee's iconic identity.

Everyone from The Tragically Hip to Duke Ellington have played there, and it becomes as much an experience for the performers as it is for the audience. The talent wants to play there as much as we want them there, which helps us out when they want their fans to experience the venue as well. Our crowd consists mostly of university students, but one of the great things about the Kee is that it can appeal to many different genres. We mix it up all the time and don't focus solely on young people. We get very involved in the community, hosting tours, festivals and staying community-oriented because we need them and they need us so it's a really good fit.

2. How do you come up with innovative ideas?

We come up with many of our ideas and concepts through traveling and our own experiences. In the music world, there are many connections with pop culture and social media, which can often be the biggest drivers of business, so while we don't stray too far from the classic idea of the location, we still get into those areas. Social media is a tool that the previous owners weren't using which brings the business to another level and attracts a younger clientele.

The general demographic of Muskoka is made up of retirees and we want to draw in a younger crowd so we use tools like social media and various sponsorship connections to reach out to that group. When we first came into the Kee to Bala, it was part of an "old-school" bar system, so we updated it a bit. We've embraced a lot more locally sourced resources as well as going with higher-end microbrews instead of the typical Coors Light. We now have a great, well-rounded demographic ranging 19-65, which is pretty affluent and we cater to that by bringing the quality of our product up. Monday nights we have a 'Youth Night' which is your traditional nightlife scene with a DJ, and we've partnered up with the OPP in our initiative to bus kids straight to the bar from certain locations and resorts, and then drop them back off at the end of the night. Giving them a free ride takes the problem of drinking and driving out of the equation.

3. How do you see yourselves moving forward as innovators in the entertainment industry?

The Kee to Bala has definitely influenced our lives and all our business ventures moving forward. We've recently become part owners of the Beverly Hotel in Toronto, we're opening up new venues and we will continue to branch out. Music has been a huge influence for us and continues to influence where we're headed in the hospitality and bar field.

We have a "work hard, play hard" mentality because, if you're not having fun, you're not as creative or as focused on going forward and achieving success. We are best friends and there is constant communication between us, we're always bouncing ideas off of each other and discussing the feasibility of projects and ideas. Venturing into hospitality was a little scary at first, but you learn really fast.

If all goes well, we have hopes and dreams and ideas for the future. We keep saying that we will slow down, but I don't see us stopping any time soon. We're definitely going to continue branching out, perhaps opening up more venues up north because there is an entirely untapped market for the younger demographic. People don't take the chance in that area, but the Kee gives us the opportunity to do so. It also gives us a great background for further ventures in the booming entertainment industry in Toronto.
References: thekee, linkedin