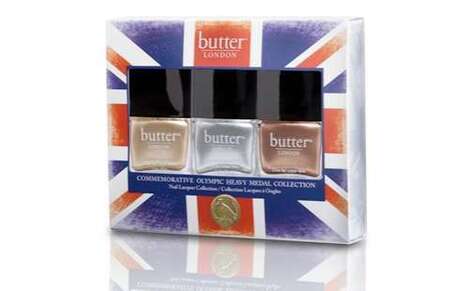 If the London 2012 Olympics taught businesses anything, it's that patriotic marketing tactics boost brand image and help form an emotional connection with viewers. Even brands that didn't obtain official sponsorship rights of The Games managed to mould their commercials and merchandise to support the Olympic fervor in some way, shape or form. Take the Nike 'Find Your Greatness' ad for example. This clever narrative creates fictional places called London all around the world, without explicitly saying anything about the Olympic Games. The commercial is effective and empowering, resulting in a big win for Nike and even more competition for the official sponsors of The Games. Why are these campaigns so successful and how can other brands learn from these tactics?

According to Mary White, Corporate Trainer and Consultant, "Companies that choose to use patriotic messages in their marketing efforts understand that many consumers allow their sense of national pride to influence their purchasing habits." Times like the Olympics provide the perfect opportunity to capitalize on these sentiments, as support for one's country is at its highest. Some brands choose to promote their products and image through sponsoring specific athletes, while others go the Nike route and build off the overall thrill of The Games. Pantene decided to go with the former and support eleven female contenders ranging across a number of activities and countries. In doing so, the brand targeted a wide demographic, appealing to the patriotic sentiments of all those countries involved.

Emphasizing domestic ties is perfect for building brand loyalty with a specific country. Many companies in the U.S. use this platform, especially around patriotic days such as the Fourth of July. Examples include nail manicures by the Beauty Department that look like national flags and even the opening of an Obama Deli shop in Brooklyn, NY, to show support in 2008 during the Presidential election.

Patriotic marketing tactics can vary in content and form, but they remain constant in terms of an effective way to pull on the heartstrings of consumers and build brand recognition. Trend Hunter's Marketing Trend Report covers this topic in more detail, and can guide businesses to spark ideas for creative advertising strategies.
References: trendreports, trendreports