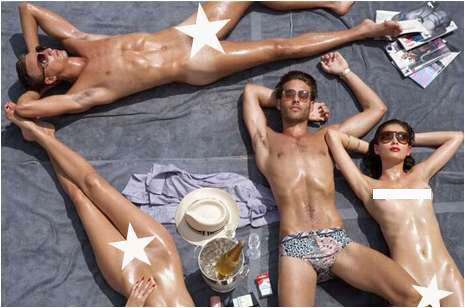 With consumers constantly bombarded with advertising these days, how does a brand develop a memorable marketing message? Creating a lasting impression is often tricky -- sometimes all it takes is a catchy slogan, other times an extremely funny advertisement no one can forget. Here are some ways to ensure your message reaches your customer and does so in a way that sticks:

Create A Connection. Your message must be relevant and meaningful -- it must address a customer concern. Take Axe, for example, which came up with an innovative way to get young male consumers to buy its shower gel and body spray (which, in the early 2000s, were still considered feminine products). Its 'Axe Effect' campaign, which showed young men being seduced by numerous women after washing and spraying themselves with Axe, resonated with the target audience, who (Axe discovered in an earlier study) often fantasized about being irresistible to not just one woman, but several women. Thus, the brand created a unique connection with its customer -- young males between 15 and 25 -- and managed to boost sales to $71 million the year the campaign launched.

Make It Contagious. Give your customers a reason to share your brand message by creating a campaign that is engaging and powerful. Some ways to do so is by creating an interactive element, for example by introducing a fun and rewarding game, or by customizing the entire experience. For example, DKNY introduced its range of perfumes by creating an interactive customization application via its Facebook page. Its 'Scent Finder' application allowed users to create their own fragrances, and fragrances for their loved ones, by answering a series of questions about the person's personality. In contrast, Old Spice used offbeat humor in its 'The Man Your Man Could Smell Like' campaign to encourage its audience to spread the campaign virally. Its hilarious video featuring Isaiah Mustafa not only garnered millions of views on YouTube, but it also helped Old Spice increase revenue of its body wash by 107 percent in only one month.

Simplify The Message. To ensure your marketing message is memorable, it must be simple enough for your customer to understand and pass on. In a similar vein, a brand must keep its message consistent so that confusion is kept to a minimum and the customer is always receiving the same message, time and time again. An example of a memorable marketing message is one created by Nike. Its 'Just Do it' campaign goes down in history as one of the most simple and effective marketing slogans of all time. While the origin of the slogan is definitely unique (Dan Weiden of Weiden + Kennedy purportedly came up with the words after thinking of the killer Gary Gilmore, whose final words were "Let's Do It" right before he was shot by a firing squad), the three simple words have become the sportswear brand's most memorable slogan because it was simple and direct, and the message was clear -- sportswear is for everyone, not just pro athletes. What's more, the 'Let's Do It' campaign helped Nike gain traction in the '90s amidst competition from Reebok and secured the brand about $9.2 billion in sales in 1997.

At Trend Hunter, we've uncovered a variety of memorable advertising campaigns that range from inspiring and emotionally charged to eccentric and humorous. Find out more ways brands are creating a memorable marketing message in 2012 by downloading our Marketing Trend Report as well as visiting the Trend Hunter PRO trends database.