3 Tips Businesses Should Know When Marketing to Youth 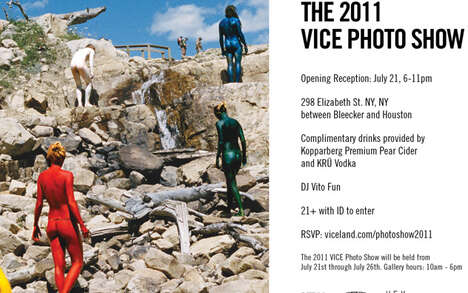 Marketing to youth is no easy task. The millennial generation has grown up in an era where advertisements can be skipped over with the press of a button, and access to entertainment no longer resides with large corporations. YouTube has drastically altered the way marketers target youth, since a viral video can boost sales and has the potential to be watched over and over again by consumers. In short, the power has shifted towards the customer who can either choose to re-watch a campaign multiple times, or shut it out of their lives completely. With this shift of control, how can marketers target this youth demographic and what motivates these individuals to keep watching?

Encourage interaction. Trend Hunter has seen an array of campaigns over the last few years that focus on the best ways to encourage consumer interaction. The SunSmart campaign in Australia exemplifies how marketers can engage audiences with off-putting visuals, while also giving them a chance to interact. The post showed a portion of a body, along with a dark patch signifying where skin was removed due to cancer. Within that hole, however, consumers could try the new sunscreen offered through a dispenser. In a country like Australia where skin cancer due to overexposure to UV rays is extremely high, this campaign allows youth to see the effects of the sun, try the SunSmart product and experience more than an average commercial.

Use social media. The Millennial generation is also known as the Social Media generation. A group that is constantly connected through sites such as Facebook and Twitter, and who have the power to share information across the globe instantly. Leveraging these platforms is crucial when marketing to youth, since so much of a young person's time is spent here.

To promote a new store, IKEA launched a Facebook campaign that drastically increased fans and offered consumers a chance to win products. The store manager created an album featuring one of the showrooms, and the first person to tag the objects in the photos won the product. Since Facebook requires people to like pages before tagging, everyone who participated was forced to like the IKEA community, and subsequently share this information on their personal Facebook profile. This interactive social media campaign drove a large amount of traffic to the IKEA site, and successfully launched the opening of the new store. The lesson? With so many youth on social media today, marketers must leverage this platform and come up with campaigns that integrate these networks into advertising techniques.

Entertain. Brendan Gahan is the Director of Social Media at Mekanisam creative agency, and he recently explained to Forbes the secrets behind making a video go viral. One of the first steps in the process is "The Candy," according to the Mekanisam formula. This candy builds off the idea that "a message is best received within entertainment." In order to get that message across, a video must be enticing, especially for the youthful audience of today who are constantly searching for the next best content to share with friends. An example of this entertainment factor is 'Hovercat,' a campaign by Mekanisam to advertise an animal adoption agency. The hilarious video contains a cute kitty miraculously lifted into the air, dancing to the accompanying music -- a simple concept with great results. The campaign went viral and generated enormous discussion for the animal adoption center, including over 8,000 tweets and hundreds of blog posts on the topic.

In short, marketing to youth has a few key ingredients, and businesses looking to target this demographic must push engagement strategies to the maximum. Gone are the days when consumers sat comfortably in front of the TV, taking in commercials before the next program came on. Now, marketers must work harder than ever to keep this attention and generate discussion. More can be found on this topic in Trend Hunter's Marketing Trend Report.
References: vice, trendreports

Digital Dining
Restaurants augment customer experience through use of technology

Shoppertainment
Engaging customers through an exciting and entertaining retail experience