Diversifying Your Brand With LGBT Marketing 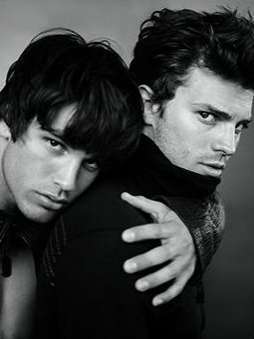 The concept of LGBT marketing can seem a bit daunting because it is unlike anything we’ve seen in the advertising world before. However, it’s becoming an important aspect of our culture to not simply accept queer individuals, but celebrate them as equal members of society and culture. As such, incorporating them into modern advertisements is a savvy way to help continue breaking down societal stereotypes and usher in a new dawn of equality.

Society is becoming much more accepting of same-sex couples and Trend Hunter’s PRO Trend Same-Sexceptance touches on this aspect of contemporary product sales and how the once taboo topic is now standard place in our culture. LGBT marketing is such a poignant topic because it helps to incorporate individuals that were previously shunned into the mainstream. Traditional advertising is intensely heteronormative and can help to make queer individuals feel isolated; this can stand true for those who identify as heterosexual, but don’t appreciate the lack of diversity.

Who You Love is an LGBT-friendly clothing company that helps embrace equality by creating products that promote acceptance. What’s more, the company highlights same-sex relationships in advertising campaigns that are casual, unassuming and, above all, endearing. The important notion to keep in mind is that LGBT marketing doesn’t need to be overtly preachy or assuming; not trying too hard to make the on-looker recognize the difference between your ad and a heterosexual one will keep things casual. This is the main focus of Trend Hunter’s PRO Trend Bromanticism, which has a number of examples that show males are being featured in advertisements to not only acceptance, but praise as endearing tributes to relationships in all forms.

Trend Hunter’s Marketing Trend Report details on the most of-the-moment happenings in the advertising world, which can help professionals make decisions regarding their LGBT marketing approach.
References: trendreports, trendreports

Realvertising
Realistic portrayals in ads use authenticity to connect with consumers