Getting the Attention of Consumers by Using Humor 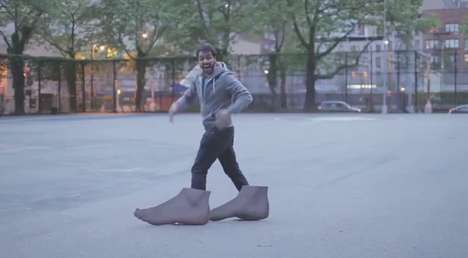 If there’s something we can all appreciate, it’s a good laugh and that’s one of the best methods to getting the attention of consumers in the modern economy. It’s an appeal to a person’s sense of humor and while not everyone will laugh along, there will undoubtedly be a reaction that can help with brand exposure. There are many brands that are using humor to advertise across several different markets and these kinds of stunts and campaigns are getting attention in unexpected ways.

Trend Hunter’s PRO Trend Humor Bombing dives deep into how artists and brands are tickling the funny bone of people everywhere to make things go viral. It’s this notion that many companies are learning from to help bolster online interaction between itself and the customer. It’s a simple, non-threatening approach to connecting with people that can have big benefits in the long run. EMI/Capitol created a campaign that encouraged Katy Perry fans to put her alter ego’s face – Kathy Beth Terry – onto the face of famous scenes. The campaign drew attention to not only Perry’s latest single, but called on fans to be part of the marketing campaign itself, which is forward-thinking tweak to standard protocol.

The 'Meme Myself and I' mockumentary series is a number of videos released by Cadbury in it’s Boosted Inspiration campaign that looks to celebrate creative individuals and highlight their next endeavours. The series is hilarious and highlights some recognizable faces that resonate with millennial customers. What we’re seeing with campaigns like this one is a move towards niche culture as a method to garner viewership and create with inspiring people of a generation instead of beside them. It’s fresh, exciting and is getting the attention of consumers around the world.

Humor Bombing
The public delights in the unexpected, leading to a new web phenomenon