Remember Me: Why Engagement Advertising Stands Out 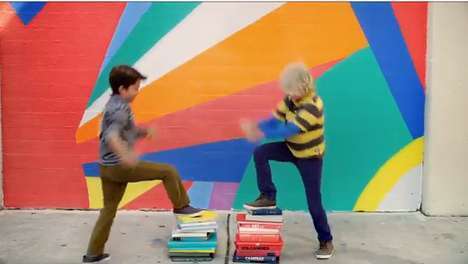 Engagement advertising, much like content marketing, is a more modern and human way in which brands are reaching out to consumers. There are a number of ways in which companies have been able to approach this successfully, but why is this kind of advertising so effective?

Some of the most interesting, innovative campaigns of the past few years have been from this line of advertising. When it comes to engagement advertising, the more unique, the better, resulting in some spectacular ideas coming to fruition. One particularly fascinating campaign was the Fox Crime India TV promotion. Instead of promoting through typical teaser commercials, Fox put out print ads with depictions of crime evidence. It was then up to the public to solve a crime based on the clues given. Playing off of consumers known interests and then allowing them to participate, this campaign was a targeted and affordable involving way to advertise.

In a more technological approach to engagement advertising, Skol Sensation debuted some 'plug and play' ads in a print magazine to promote a music festival. Those who bought the magazine were able to hear an audio message by plugging headphones into an embedded audio jack. This advertisement was not only memorable to those that it reached, but had the added novelty appeal given that they were one of the first companies to use this approach. Though not all companies will be able to afford this kind of technological innovation, it goes to show that thinking outside of the box can draw attention to your brand.

When it comes to advertising, standing apart and being memorable is key. Companies are going to new lengths to involve consumers, making for a much more interesting marketing landscape. If you're looking to inspire and supercharge your marketing team's strategy, Trend Hunter's Marketing Trend Report is a fantastic and rich resource for insight.
References: trendreports, trendreports