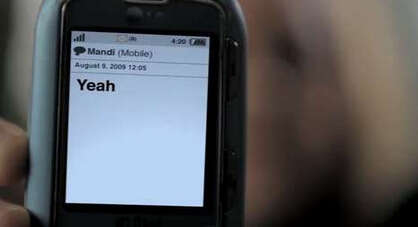 Companies have long been donating funds to charities and even creating their own foundations in order to create and maintain a positive brand image. With changing prominent issues and a more direct relationship with consumers, however, brands are becoming more innovative when it comes to aligning companies with causes and social issues.

AT&T is a company that's proven itself to be fairly apt when it comes to adapting to changing times, and has improved its brand image by endorsing and implementing a pledge that aims to eradicate a cause undeniably related to their brand: distracted driving. Addressing the fact that texting and driving is still a prevalent (and extremely dangerous) phenomenon, the company launched a well-produced campaign that urged people to sign a pledge to avoid texting and driving. In addition to the accompanying website and video campaign, AT&T also launched an app that made it easier for people to drive without their phones while on the road. Creating real solutions while promoting more responsible use of its product reflected very well on the communications company, and the fact that it leveraged technology so strategically is impressive.

Heinz is another company that integrated a cause into their marketing strategy. Instead of a safety issue, the food company focused on ecological responsibility. In an effort to promote the brand's use of PlantBottle technology in its packaging, Heinz printed a QR code on the back of its Ketchup bottles. When scanned, the QR codes led users to a website where people could pledge against unnecessary environmental damage. Though perhaps a pledge isn't the most novel way to involve customers, the integration of QR technology was a clever and tech-savvy way to involve consumers in the company's shift toward sustainability.

Showcasing an incredible degree of innovation, the National Centre for Domestic Violence executed a cutting-edge campaign that spoke out against domestic abuse in a big way. The company projected a scene of a man beating a woman on a large screen in a public area in London. The screen then urged those who passed by to text a given number in order to get the depicted man to leave the victim alone. Though this is an example of a charitable organization implementing innovative strategies to promote a cause, the project serves as a prime example of how technology can help leverage a campaign focused on a social cause.

Charity 2.0
Cutting-edge charities are getting creative