The Importance of Challenging Assumptions (INTERVIEW) 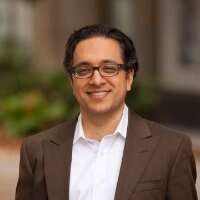 For half a decade, it was assumed that the slightly older, affluent guests who make up the lion's share of casino patrons weren't tech savvy and therefore innovations in that area weren't necessarily a priority. After a while, this assumption became almost an urban legend, according to Caesars Entertainment Chief Marketing Officer, Tariq Shaukat. However, once he did some research, he learned the demographic he was looking at were actually fairly early adopters of technology. In an effort to improve customer experience and engagement on casino floors and entertainment facilities, Caesars responded to this new information by installing NFC chips. Now, instead of standing silently near the craps table trying to figure out how to play, customers can flash their Samsung phones over the NFC chip and get information on the rules of the game. Similarly, restaurant reservations can be made via mobile phones thanks to this new innovation. This is just one example of why Tariq says challenging assumptions is key to finding innovations.

1. How do you motivate your team to come up with good ideas?

You motivate them by giving them the mandate to do it. That’s one of the changes I made when I got here. I said, I want people to come to me with ideas and make me say no. I put out that challenge and gave them direct access to me and the CEO when they have ideas they want to present.

Secondly, giving people the opportunity to do it. You have lots of interesting projects going on and it’s about putting people into those projects and saying we need to do two things that capture the world’s attention, now go out and do that. And you give them the budget for it.

Third, I believe scarcity breeds a level of innovation and process success. In environments where marketing is well funded, you say you don’t have x amount of that budget anymore and challenge them to think very differently than they would otherwise.

2. Do you have specific rituals for resetting your team to be creative?

We do a quarterly top marketers meeting here. I give the team problems during the session and they have to work on them collectively. They aren’t problems to do with our industry. So in small teams we’ll ask them what would you do if you had to market Nike shoes digitally. I give them reading materials to go with that and the point of it is to force them to draw analogies to other industries and think of how they’d apply it to our industry. We do that every two to three months.

I read Trend Hunter, to be honest. The hard part is a lot of folks here are focused on the United States and Las Vegas markets. We are blessed with a number of partners who do business globally and are plugged into the entertainment industry. I meet with them and talk about what the big things were in the last place they travelled. That’s good because we have a lot of people, whether they are entertainers, customers or partners, that talk to us so we have our ear to the ground on a lot of that stuff.

4. What is the biggest obstacle you face?

We think that we are our customers and know they really well. We often do, but sometimes we don’t. A couple big “ahah” moments have come when we didn’t realize things because we didn’t talk to customers before about that topic. The assumptions about our customers and how they behave, in this case relative to digital, were wrong. A lot of people said older customers aren’t going to be social media savvy, but after doing the research we found that most of our valuable customers are affluent, slightly older and are early adapters of technology. I tell people, if my mom is sending texts, then I’m pretty sure most people are tech savvy now. It was certainly true five years ago that our customers weren’t as tech connected, but that’s an assumption that was sort of an urban legend that we didn’t challenge until we did.

Mobile Dwellings
From portable hotels to personal cloud spaces, mobile dwellings pop up all over

Portaspace
From inflatable concrete to boat-in-a-bag, new portable comforts are popping up